Archive for the Scientific Information Category

Stay on top of all the latest pet food recalls, listed here by the FDA (click the Animal Health tab).

Join their email list to get regular recall updates as well. 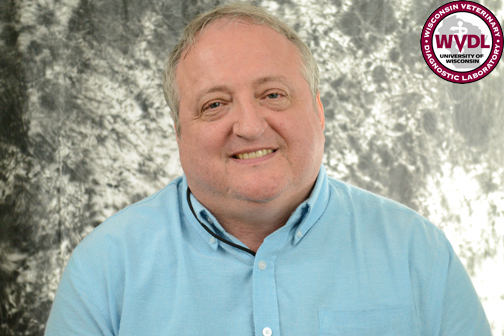 Recently, the WVDL has confirmed sodium toxicity (salt poisoning) in 4 different dairy herds. All of the calves were less than 14 days of age and died within 6-24 hours after the onset of clinical signs. Neurological disease (abnormal gait, stiffness, muscle twitching, seizures and convulsions) was reported for some calves but for many calves the only observation made by the herd owner was lethargy and depression prior to death. Submitting veterinarians were suspicious of gram-negative septicemia particularly salmonellosis. Morbidity and mortality rates ranged from 25 – 100%. All four herds were feeding commercial milk replacer diets to their calves.

Some of the calves had diarrhea caused by Cryptosporidium parvum, rotavirus or coronavirus but many calves did not. A few calves had pneumonia or dehydration. There were no consistent gross or histopathological lesions. Brains were often normal in appearance.

Hypernatremia is defined as a serum or plasma sodium value of 155 mmol/L or higher. Calves are at risk of developing neurological disease when the serum or plasma values exceed 160 mmol/L.  A brain sodium level of 1,800 ppm or higher (wet matter basis) is considered confirmation of sodium toxicosis. Normal brain sodium values are less than 1,400 ppm. Serum, plasma, ocular fluid, CSF, and cerebral cortex are all appropriate samples to test for sodium toxicosis.

Published reports of salt poisoning in neonatal calves have led to the perception that it is caused by one or more of the following risk factors: Commercial oral electrolyte or milk replacer mixing errors, limited or no access to free choice drinking water or potable water with an excessively high concentration of sodium (≥ 500 ppm). Water that has passed through a water softener can have very high concentrations of sodium and should not be used to mix up commercial milk replacer or used as a source of potable water unless it has been tested and verified to have low levels of sodium (≤ 100 ppm).

While one or more of these risk factors were discovered in 2 of the 4 herds, they could not be confirmed in the other 2 herds despite intensive questioning by the herd veterinarians and testing of the milk replacer solution and potable drinking water.  The only risk factor that was identified in these two herds was heat stress causing mild dehydration and feeding a commercial milk replacer diet. Since neonatal calves do not drink much water during the first week of life, this coupled with mild to moderate dehydration may be sufficient to cause sodium toxicosis in some herds.

Sodium toxicosis should be considered for any dairy calf that dies within 4-24 hours of becoming ill that does not have complications of neonatal calf diarrhea (dehydration and metabolic acidosis) or gross lesions which can explain the cause of death such as abomasal tympany, perforating abomasal ulcers, omphalophlebitis, pneumonia, bacterial septicemia and meningoencephalitis. The likelihood of sodium toxicity increases if the calf has neurological disease as well.

It is very important that veterinarians submit the entire brain or cerebral cortex both fresh (≥ 50 grams) and formalin-fixed (≥ 1 x 2 cm slice) to the WVDL, along with serum or plasma for suspected cases of sodium toxicosis.

If sodium toxicosis is found, the WVDL recommends that a 1-2 ounce sample of milk replacer solution be submitted frozen to the Madison lab. It is a good idea to submit samples from two or more feedings particularly when more than one person is responsible for feeding the calves. Submitters should request analysis for percent total solids, sodium concentration and osmolality. In addition, a sample of potable water should be sent to a private laboratory for testing which includes sodium concentration of the water.