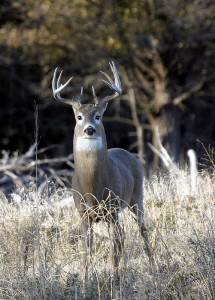 The start of the Wisconsin deer hunting season back on Sept. 15 also signaled the start to the busy Chronic Wasting Disease (CWD) testing season at the Wisconsin Veterinary Diagnostic Laboratory (WVDL).  The WVDL is at the forefront of CWD testing, establishing itself as the premier lab for this testing in the country.  Nationally, 11 states (Alabama, Arkansas, Connecticut, Kansas, Kentucky, Michigan, Montana, North Carolina, Virginia, West Virginia and Wisconsin) have submitted wild animal samples to WVDL this year for CWD testing.  With just one month remaining in the calendar year, WVDL expects to test upwards of 35,000 wild animals in 2018, with the majority of these samples coming in the last few weeks.

CWD is a disease known as a TSE (Transmissible Spongiform Encephalopathy) disease.  The WVDL also tests for two other TSE diseases, BSE (7,000 cattle expected to be tested in 2018) and Scrapie (2,000 goats and sheep tested in 2018).