The USDA recently reported finding highly pathogenic H5N2 avian influenza (HPAI) in a wild mallard duck in Alaska.  No human infections have been reported with this finding and USDA has not reported an HPAI H5 infection in the USA since June of 2015.  Because Alaska is a common area for migratory birds in the flyways, bird owners and veterinarians should be at an increased awareness level for the upcoming migration south.  See below for the official release from USDA APHIS. 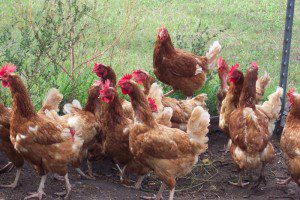 (HPAI) in a wild mallard duck from a state wildlife refuge near Fairbanks, Alaska. CDC considers the risk to the general public from these HPAI H5 infections to be low.  No human infections with Eurasian H5 viruses have occurred in the United States. As a reminder, the proper handling and cooking of poultry and eggs to an internal temperature of 165˚F kills bacteria and viruses, including HPAI.

H5N2 HPAI has NOT been found in the U.S. – in either wild or commercial birds – since June 2015. However, anyone involved with poultry production from the small backyard to the large commercial producer should review their biosecurity activities to assure the health of their birds. To facilitate such a review, a biosecurity self-assessment and educational materials can be found at https://www.uspoultry.org/animal_husbandry/intro.cfm.

Since wild birds can be infected with these viruses without appearing sick, people should minimize direct contact with wild birds by using gloves. If contact occurs, wash your hands with soap and water and change clothing before having any contact with healthy domestic poultry and birds. Hunters should dress game birds in the field whenever possible and practice good biosecurity to prevent any potential disease spread. Biosecurity information is available at: https://www.aphis.usda.gov/publications/animal_health/2015/fsc_hpai_hunters.pdf.

In addition to practicing good biosecurity, all bird owners should prevent contact between their birds and wild birds and report sick birds or unusual bird deaths to State/Federal officials, either through their state veterinarian or through USDA’s toll-free number at 1-866-536-7593.  Additional information on biosecurity for backyard flocks can be found at https://healthybirds.aphis.usda.gov.

Avian influenza (AI) is caused by an influenza type A virus which can infect poultry (such as chickens, turkeys, pheasants, quail, domestic ducks, geese and guinea fowl) and is carried by free flying waterfowl such as ducks, geese and shorebirds. AI viruses are classified by a combination of two groups of proteins: hemagglutinin or “H” proteins, of which there are 16 (H1–H16), and neuraminidase or “N” proteins, of which there are 9 (N1–N9). Many different combinations of “H” and “N” proteins are possible. Each combination is considered a different subtype, and can be further broken down into different strains. AI viruses are further classified by their pathogenicity (low or high)—the ability of a particular virus strain to produce disease in domestic chickens.