The following alert was issued today by Wisconsin’s Department of Agriculture, Trade and Consumer Protection (DATCP).

Two Quarterhorse yearling fillies from Monroe County are the first to become infected with Eastern Equine Encephalitis (EEE) this year. 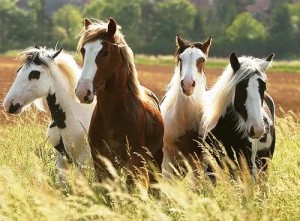 One horse died and the other was euthanized.

Because EEE normally emerges in mid- to late summer and remains a threat until the first killing frost, veterinarians are encouraged to discuss vaccination and mosquito abatement with their horse owning clients.

Horses that have not already been vaccinated this year for EEE or other mosquito-borne diseases are at greater risk, but it is not too late to vaccinate.

Horses that have never been vaccinated will need two doses, two to four weeks apart, and the vaccine will take at least two weeks to build up enough antibodies to protect them. Vaccines will not protect horses that have already been infected when they receive the injections. Vaccines are available that protect against other strains of equine encephalitis along with EEE, and a separate West Nile virus vaccine is also available.

Last year, Wisconsin had 19 confirmed cases of EEE and seven cases of WNV, but there could have been many more unconfirmed cases.  Both EEE and WNV are reportable diseases, so veterinarians should notify the Division of Animal Health when a case is suspected.  EEE should be reported within one day and WNV within ten days following the reporting requirements outlined on our website: